A new race of Bremia lactucae, Bl: 37EU identified and denominated in Europe

The International Bremia Evaluation Board Europe (IBEB-EU) has collected more than 500 Bremia isolates in European lettuce in 2019 and 2020. Most isolates are local variants. However, one type of isolate appeared to spread initially especially in France but recently also in Spain, Portugal and Italy. This variant is expected to spread also to other centres of lettuce production in Europe. The IBEB-EU decided to denominate this variant as race Bl: 37EU. The Board emphasizes the importance of chemical control and hygiene measures in addition to the use of resistant varieties to prevent the development of new races. 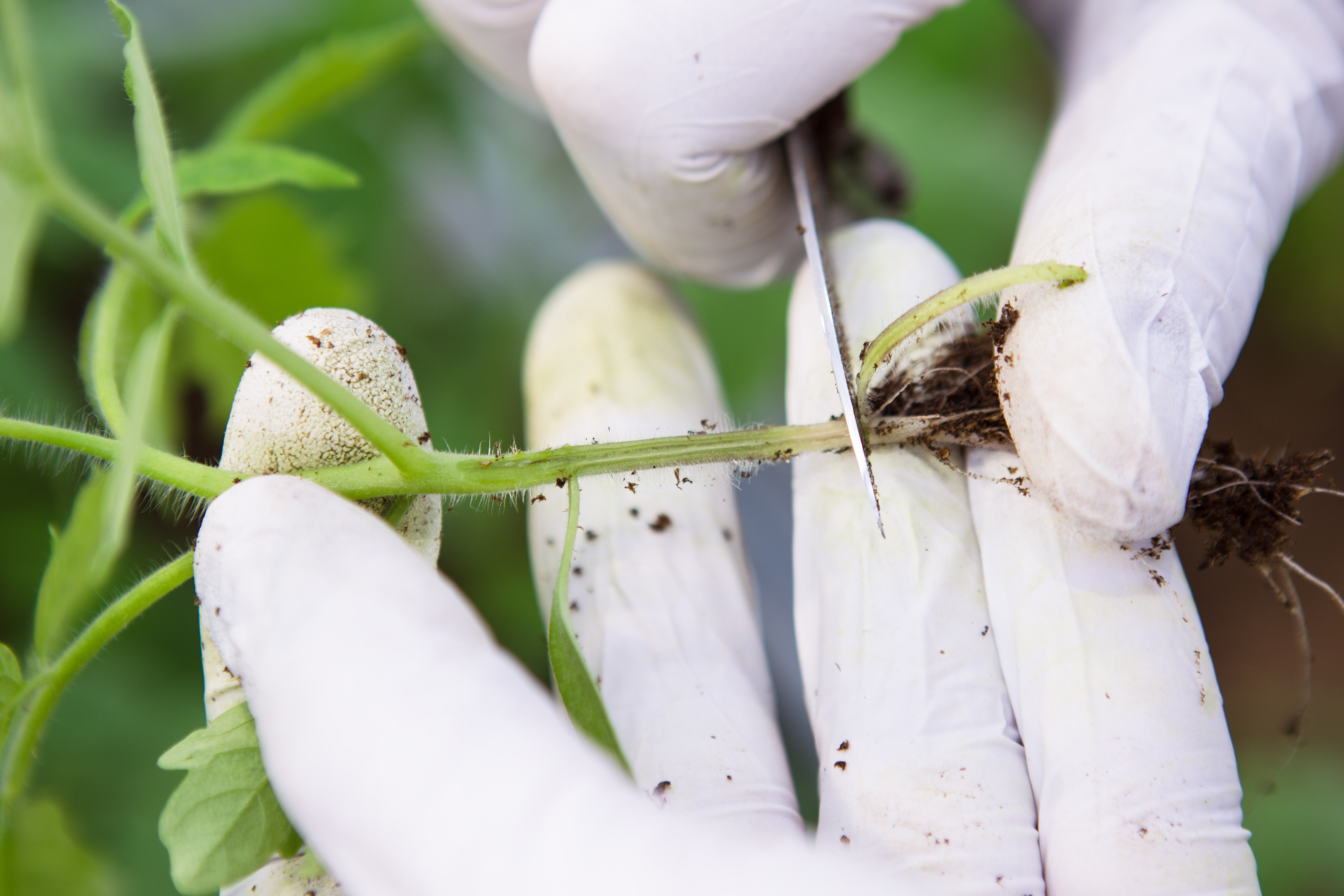 Bremia lactucae, the causal agent of downy mildew in lettuce, is genetically very variable. Even within one lettuce production field, several races may be present.

The IBEB-EU met in November 2020 to evaluate a total of 500 Bremia lactucae isolates found in Europe in 2019 and 2020. The most widely spread races are the recently denominated Bl: 34EU, Bl: 35EU and Bl: 36EU. These three appear in 20% of the samples. More than 60% of the isolates, had new virulence patterns. Most of these new patterns were isolated only once or a few times in the same region, indicating outbreaks with probably only local significance. However, variants with one particular virulence pattern, which were already found in previous years, appeared to spread as a pandemic over an increasing area.  This virulence pattern was found in 20% of the 500 isolates tested.

The IBEB-EU decided to denominate this variant as race Bl: 37EU.

Please note that the mentioned sextet code is based on an adjusted differential set. The new official differential set is now the D-set. The C-set will not be used anymore.  In the new D-set three new differentials are added in the third sextet group on position 4, 5 and 6: Fenston, Bataille and RYZ20007. Further information on the differential set and sextet codes is available through the ISF website.

Bl: 37EU is widely spread in France but is also present in Spain, Portugal and Italy. This race has not yet been found in the northern European centres of lettuce production. This race may be described as a more virulent variant of Bl: 36EU, as it is able to break one additional resistance factor.

Occasionally, isolates with only regional significance are causing serious problems. This type of isolate diversity complicates the official denomination of all important Bremia isolates. The trend towards more local epidemics may be related to the successful introduction of an increasingly wide range of resistance genes by breeding companies. Therefore, the board emphasizes that, although breeding companies will supply growers with lettuce varieties possessing resistance to the nominated Bl: 16-37EU races, this is not full insurance against Bremia.

The board also emphasizes the importance of chemical control and hygiene measures in addition to plant resistance. Fungicide application, especially in a young plant stage, gives additional protection to resistant lettuce crops, which will help prevent the development of new Bremia races. Proper hygiene practices, such as removal of debris and diseased plants, cleaning of farm equipment and prevention of prolonged periods of leaf wetness, will reduce the spread of Bremia in lettuce crops.

All denominated isolates and seeds of the differential set are available at Naktuinbouw.